The IPS project builds on a network of “insider experts” established in 2006 through collaborative engagement in participatory action research that examined the roles and self-perceptions of (former) resistance/liberation movements in peace processes (2006-9) and post-war security transitions (2009-12). These research endeavours highlighted the importance of addressing armed groups’ security and political dilemmas during peace processes by granting them governance incentives. Another source of inspiration for this project was the realisation that the concept of “inclusivity” is paradoxically very popular within the peacebuilding community but heavily under-investigated, requiring further unpacking and analysis in a critical and systematic manner. 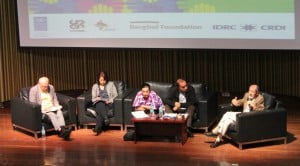